How We Memorize Large Passages of Scripture in Our Homeschool

We were out running errands today – myself and all of the kids.

I was trying think of a way to keep them occupied in a productive way as we drove, so I said, “Let’s play a game. We’ll go youngest to oldest. Each person has to say a verse that they’ve memorized. When everyone has finished we’ll start back at the youngest. The game is over when someone can’t think of a verse.”

My 4-year-old was eager to start. I figured he would say one of the basics like “Children obey your parents” or “In the beginning God created the heaven and the earth.”

But he didn’t. He launched right into Galatians 5:22-23, “But the fruit of the spirit is love, joy, peace, longsuffering, gentleness, goodness, faith, meekness, temperance, against such there is no law.”

I sat listening to his high-pitched, lisping voice with my mouth hanging open as he rattled it off word-perfectly, including the reference.

I know where he learned it. It was one I was working on with the older kids a while back. As I always do with their school work, I had let him listen in and absorb as much as he could.
But he absorbed it in its entirety and retained it after several months had passed! 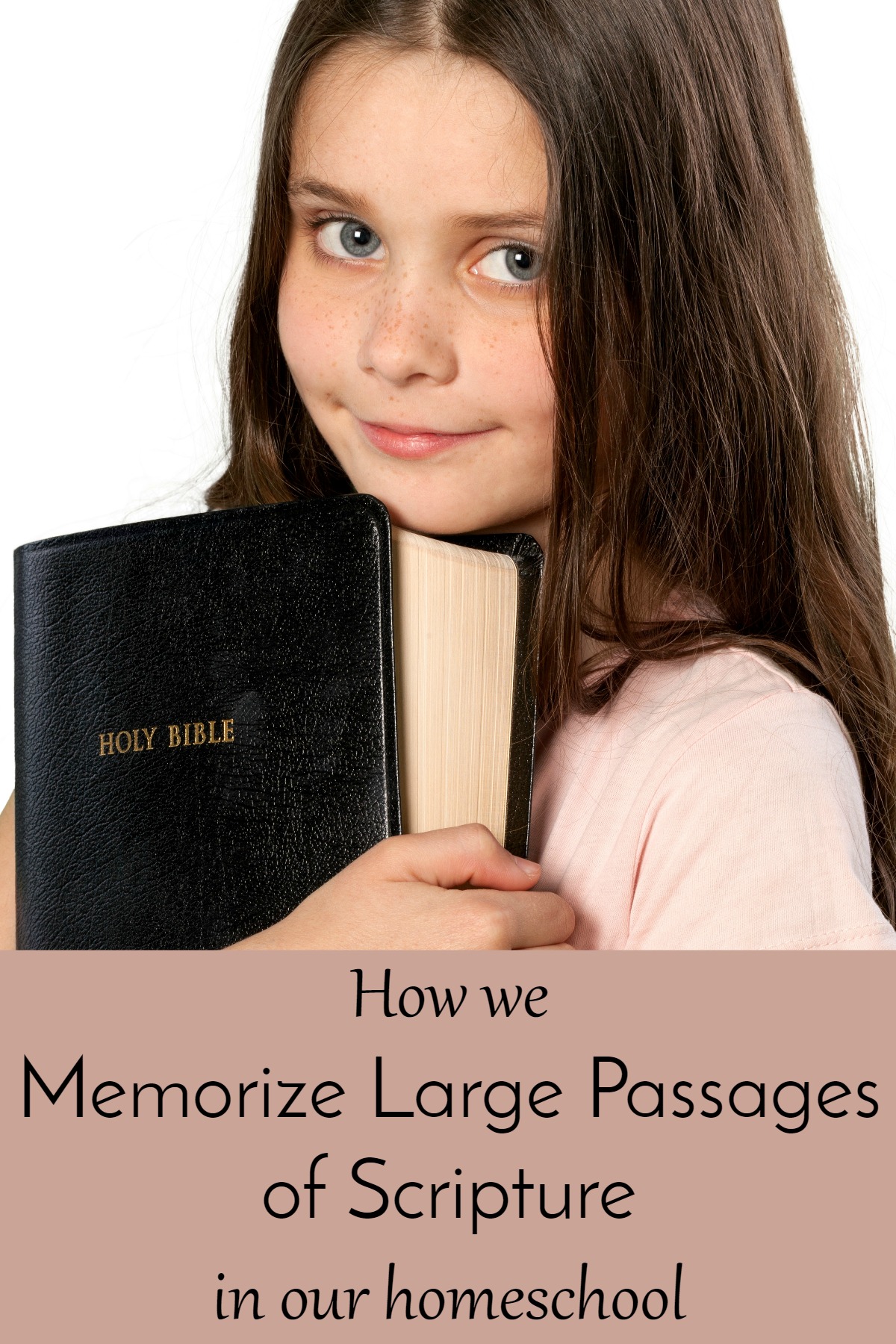 Here is what we have been doing in our homeschool to memorize scripture together.  It works for all of the children as well as myself.

You can use this for small passages of Scripture or even lengthy passages like entire chapters!

Although my 4 year old cannot read, he still memorized easily with this method as he listened to the verses being repeated over and over each day and tried to follow along.

I purchased the Character Bundle from the Build Your Bundle sale that’s going on this week, and started browsing through “Philippians in 28 Weeks”.  I realized that the author uses a very similar method to what we do, and her family memorized the entire book of Philippians!

I will be using her book to work on the book of Philippians in our homeschool this year.

Teaching our children God’s work takes intentional effort on our part, but it can’t be neglected!

Hi! I'm MaryEllen. I currently have 3 children that I am homeschooling, from kindergarten through 4th grade. I also wrangle a toddler and will soon have another newborn in the house. Join me as I share real life stories of how I'm getting it all done (or not!)